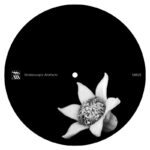 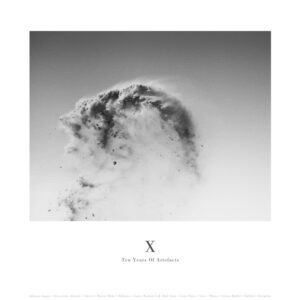 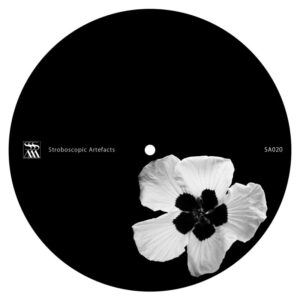 Chevel’s past releases for Stroboscopic Artefacts have exhibited an emotional and tonal range that goes well beyond the predetermined expectations placed upon modern techno producers. His special skill – for creating an engaging and diverse rhythmic music that doesn’t sound like eclecticism “for its own sake” – is one that puts him in an advanced class of sound-heads conducting similar experiments in differentiation and evolution. So it’s a natural move for Chevel to acknowledge the rest of the class by inviting them for a new EP of remixes from his most recent Stroboscopic Artefacts LP. Like that parent album, the four remixes on this new release can’t be easily tagged with catch-all genre descriptions: a high compliment in an age where this quest for differentiation can be a real challenge even for the genuinely talented. Paula Temple’s opening gambit blasts into the listener’s headspace with a high level of intensity and urgency, laying down a primer coat of prowling bass and radioactive zaps that contrast unexpectedly well with the placid synth swells from Chevel’s original mix. The hybrid creature she creates is an anxious and disobedient one, but one that will still entice listeners back for more. Lee Gamble, whose talents run the gamut from free-form ‘extreme computer music’ to… more