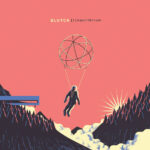 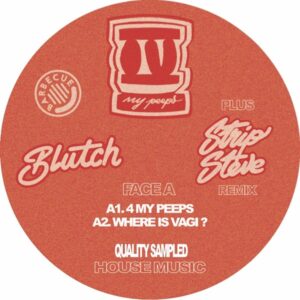 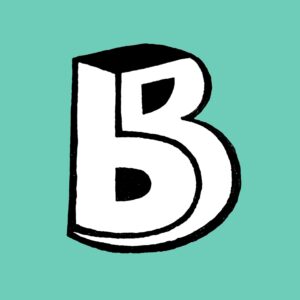 Mixing abstract hip-hop and house, Blutch’s style is mind-blowing and striking, with touches of groove and heat. Borrowing from Pépé Bradock, Francis Inferno Orchestra,Cuthead, Andrés, Shigeto and Massive Attack, Blutch has forged a unique musical identity all along his career, always with this strong desire to combine several universes into a single entity.

In January 2015 Blutch revealed his creative genius with his first EP, Equilibrium. He will soon revisit a voluptuous set mixing trip hop, the softness of electronica and a hypnotic deephouse. [r]equilibrium unites 9 artists in one project that represents Blutch’ diverse musical spectre.

Friends, idols, people who we loved to collaborate with, spend time with, get to know better. The [r] stands for the remix, the reinterpretation of Blutch’ EP Equilibrium. Each artist gives new life to one of the tracks, spicing them up to their liking. Cuthead transforms « Skyview » in a straight-up house floor killer while Maxime Dangles takes « Chocolates & Hamburgers » to gloomy, cold electronic heights. Between these two extremes the music gradually and cleverly evolves track by track. Melodiesinfonie opens up in complete serenity with his take on « A. » which takes us straight into summer with our feet in the sand. Tito Wun follows up perfectly with his version of “Wildstar” that is stacked with groovy samples. Next up is Keroué, member of the band Fixpensill. He puts his rhymes on a stellar edit by YWNWA. Jenovah choses to take “Deep Diving” on a bass-driven path while Pavane sees and raises that with an orchestral version of Anyoma. It’s up to the brothers Ark & Pit Spector to close out the EP by taking « Elis » into deeper territory.

The tracks subtly follow each other up to tell a consecutive story. Thanks to the music of Blutch, these 8 tracks stay connected on this diverse but coherent EP. Driven by our sense of partying and our willingness to meet the people we have been sharing our music with over more than a year, we decided to throw 4 release parties, hosting Cuthead, Pit Spector, Tito Wun and Jenovah, who we hadn’t met before. Sold out nights, balloons, jokes, fun and groove. Really proud of the project in general, the artists’ work and our flawless casting. The project has forged bonds between artists that wanted to continue their collaborations, Blutch and Cuthead will now even be playing back2back at Festival Astropolis July 2nd .