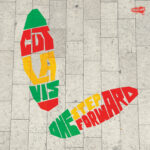 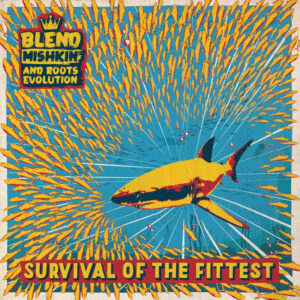 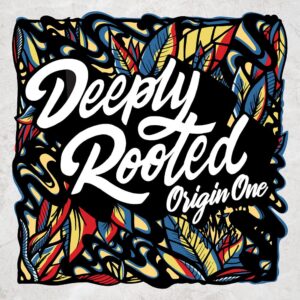 Hip Hop Vinyl | RECOMMENDED | Reggae Vinyl
Get a Casavinyl monthly subscription and get this record from only £12.75 - click here for more details.
Read our review at Wired.com

“One Step Forward” is the debut album from Brighton based DJ and producer Cut La Vis aka David Lavis. Raised on a healthy diet of 90s hip hop, roots reggae and ska, Cut La Vis debut album for NICE UP! is a melting pot of exactly that – the sounds and culture he grew up around whilst learning his trade. Starting off as the DJ for a reggae band in his hometown of Hereford, he soon gravitated to the turntablist explosion of the mid 90s, competing in local competitions and B-Boy jams. At the same time, his love for dub and roots reggae led him into trying his hand at the fertile reggae mash-up scene, making a name for himself with an array of dancefloor shaking blends of classic hip hop tracks infused with a feel good skank, as well as remixes for for artists such as Blend Mishkin, Dreadsquad and Max Rubadub.

Making the transition from mash-up maverick to original producer, you can still expect the same reggae infused bangers, dubwise hip hop and ska shakers complemented by an impressive array of guest vocalists plus a little help from a tight band of session musicians. Following their summer hit “Still Have The Love”, London-based reggae/soul singer Maddy Carty appears on a number of tracks, as well as Bristol songstress Eva Lazarus who has been bothering the top 40 recently alongside Etherwood (Hospital Records). Roots Manuva collaborator and Speech Debelle’s Mercury-winning producer Lotek blesses the mic on the bouncing “Rinse & Repeat” as well as UK Dancehall legend Tippa Irie who crops up on “Love My Music” pus an appearance from regular collaborator Mystro who opens the album with “Hit Me One Time”. Rounding things off are JA dancehall MC Peppery and vocalist from Origin One, Parisa – giving the album a healthy balance of established artists and newer talent.

With a cheeky nod to the classic Max Romeo track, “One Step Forward” also refers to this being Dave’s debut album and making his first step into the future whilst retaining inspiration from the past.