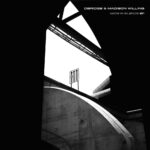 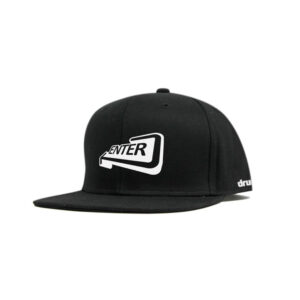 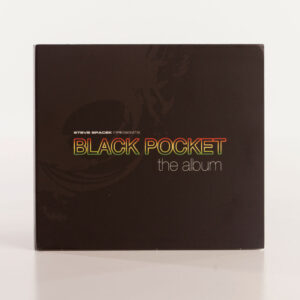 Almost a year ago, dBridge reached out after hearing a self released album I made in the summer of 2020. I’ve been a fan of his work since I started listening to electronic music ten years ago, and still stand by a comment I posted stating that Inhibited LP is the best album of 2020. Naturally, I accepted the offer to work together. Over the following three months we exchanged text messages, often, sending music back and forth in an effortless work flow. He challenged the way I thought about music, questioned what the meaning was behind the music, showed me how to develop a small idea into an evolving track, and most of all, treated me with kindness and generosity throughout. There was no sense of ego, we just wanted to create something new. Our styles couldn’t be more different, I’m a film composer who makes ambient/orchestral soundscapes, while his enigmatic ‘talking drums’ are mechanical, dislocated, groovy and continuously mutating. While we compliment each other through our difference, it felt like we shared a similar musical sensibility. And it was completely unspoken; the entirety of our relationship carried out through text messages, the entirety of the album being made in silence.

The benefit of this silent messaging was that the music felt incredibly personal. I revealed that I was going through a break up which left me feeling liberated and free, after a toxic relationship had shattered my confidence. You Set Me Free began with the dark, heavy beat dBridge had sent to me, which inspired me to vocalize how I felt. The vocal sample is an honest voice memo recording of how I felt at the time. dBridge responded by adding a beat at the end of the track after the break, “to represent you moving on.” The chords are hopeful because I was grateful I had my life back. Sometimes the person you think you’ll spend your life with turns out to be the worst thing for you. It was incredibly empowering to realize that I was grateful that this person in my life had said goodbye.

One Note began with a piano part, a whole track constructed from one repeated note. After sending it to dBridge, he gradually built up this evolving distorted break, as if it was revolving around the note. Similarly with Pulse, the strings have this onward moving journey while the metal bowl sample has a lightness that compliments dBridge’s polyrhythmic percussion and bass. Words I would use to describe Pulse are aspirational, progressive and spiritual.

The music video for One Note is apocalyptic. It was filmed just after lockdown, using places of travel as an indicator for our dystopian ‘new normal.’ The video tells the story of someone going on a journey, to a place she remembers and feels nostalgic for, but is gone when she arrives. It’s that feeling of striving toward a goal in life, only to realize when you get there, the destination is not as expected. The filmmaker likes to remain anonymous but goes under the alias name Ruma, and uses old super 8 family videos to create the feeling of nostalgia and memory, combined with the character’s realtime journey.

a1. dBridge & Madison Willing – Made In Silence

b1. dBridge & Madison Willing – One Note