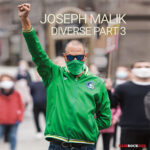 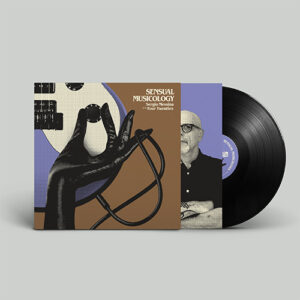 Joseph Malik’s Diverse Part 3 is the final instalment of a critically acclaimed trilogy he began in 2002. But this boldly uncompromising and musically accomplished album is also about the state of the world in 2021. The artist did not use any filters.

An emotional honesty lies at the centre of this deeply affecting audio-diary that references milestones in black music on both sides of the Atlantic, from Marvin Gaye’s What’s Going On to Massive Attack’s Unfinished Sympathy to Young Disciple’s Road To Freedom. As is the case with these landmarks, Diverse Part 3, is unflinchingly personal and was born against the backdrop of the Black Lives Matter protests that took place in Edinburgh, where Malik has lived since the early ‘90s.

Joseph began honing his production skills as a DJ/co-producer as part of Scotland’s foremost hip hop group, ‘Black’anized’, going under the code name ‘M.F Outa ‘National’ and together with longtime friend + DJ/producer, Saleem Andrew McGroarty aka ‘Awunsounds’, he recorded the ground breaking ‘Miles Out Of Time’ which was included on the ‘Headz’ album.

This was just the beginning of an extraordinarily, illustrious musical career that has spanned more than 30 years with Joseph Malik refusing to be stereotyped. Highlights include his vocal delivery on Rainer Trüby’s Trio seminal ‘High Jazz’ which resulted in a great friendship with Rainer who was instrumental in landing Joseph’s recording contract with German label, Compost on which he released his milestone, post club classic LP ‘Diverse’ to critical acclaim from his peers including Gilles Peterson and Norman Jay.

Selling more than 80,000 copies of ‘Diverse’, success continued for Joseph – touring with Terry Callier, releasing a double album on the Stereo MCs ‘Response’ label, writing his 1st hit record ‘Crack Pipe’, working on hip hop, techno and Drum + Bass productions with luminaries such as Drumagick, Grand Unified, Darren Emerson, Fred Everything and Kruder & Dorfmeister, a remix album with Aqua Bassino and Grand Unified on remix duties and currently, his work ethic is as relentless as it was in the 80’s; his dedication to his music is intense and passionate. For the last 2 years, Joseph has been working closely with friends of 30 years and his inspiration to sing, David Donnelly and Steven Christie along with Saleem Andrew McGroarty on ‘Diverse Part 2’, ‘Stranger Things Have Happened’, ‘Till Sunday’ EP, countless single releases and a forthcoming project with Ashley Beedle’s legendary reformed Black Science Orchestra.