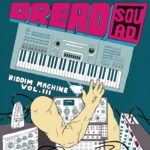 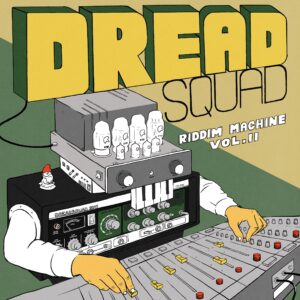 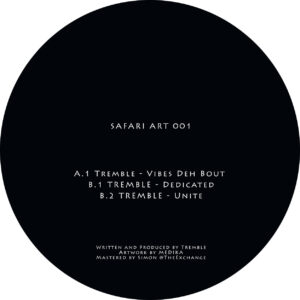 RECOMMENDED | Reggae Vinyl
Get a Casavinyl monthly subscription and get this record from only £11.90 - click here for more details.
Read our review at Wired.com

Dreadsquad, AKA Marek Bogdanski, returns to the scene with the second and third instalments of his Riddim Machine series. As part of a collaboration consisting of Dreadsquad’s own Superfly Studio and the renowned Moonshine Recordings, listeners are in for a treat, courtesy of Poland’s most prolific reggae dancehall producer. As ever, Dreadsquad manage to encapsulate all evolutions of reggae – from rocksteady , roots and rub-a-dub to dancehall and dub – all with a present-day twist to keep the bass bins rumbling and the people skanking. Both volumes will be available in both vinyl and digital format, so there’s no excuse to miss out!

Volume 3 serves to retain Dreadsquad’s core values – their attitude towards mash-ups and remixes, their roots in all that is reggae – whilst also providing a sound that is refreshing, original, and showcases some of the finest up & coming talent. Whereas Volume 2 remains much more true to its roots, Volume 3 turns up the heat and brings the fire to the dance. Once again, the LP is littered with artists who are soon to be on everyone’s radar. Skarra Mucci, Zico MC, Jman, Charlie P, Million Stylez, need we say more? Riddim Machine Vol. 3 is chocked full of edits and remixes guaranteed to start a fire in any venue. The legendary Papa Michigan’s Nice Up The Dance is flipped on its head, with just the right amount of amen breaks and Reese bass to keep any junglist’s gun fingers in the air. Get Away revolves around a display of lyrical wizardry from MenaceLive, Jman and Zico MC in true cypher style. CharlieP makes a special appearance for the digi-dancehall smasher That Is Life, complete with classic 80s orchestral hits reminiscent of the foundation fashion. This one’s a dubplate; you should feel blessed to hear it!

a2. Papa Michigan – Nice Up The Dance (Dreadsquad remix)

b2. Dreadsquad feat. Zico MC – And We Do It Like This

b5. Dreadsquad feat. MenaceLive & Jman & Zico MC – Get Away