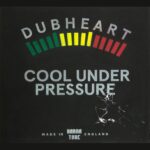 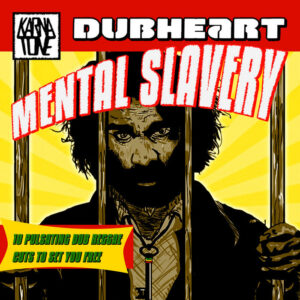 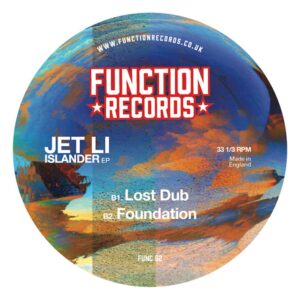 Questions? Request a Call Back
Dubheart - Cool Under Pressure [CD]

The hardest working reggae band in southern England, Dubheart is on a mission to spread messages of peace, love, unity and resistance through a heady stew of contemporary roots reggae, delivered on live instruments with a hefty dose of dub in the mix. Cool Under Pressure, their latest offering, is the band’s most compelling set to date, a ‘showcase’-style album where every vocal track is followed by its dub counterpart, and the vital contribution of the Brassica Horns—from rising London ska band Chainska Brassica—is another intriguing element that makes this album tougher than the rest. ​

Drawing on the foundations laid by Jamaican stalwarts such as Burning Spear, Dennis Brown and Culture, dub pioneers like Scientist and Jah Shaka, plus newer vanguards such as Tarrus Riley, Grounation and Conscious Sounds, Dubheart has crafted a distinctly appealing style that is very much their own, based on the organic presentation of their musical vision. Indeed, this fully self-contained five-piece is firmly engrained in the neo-roots movement of the present, with a sound that faces ever forwards. ​

The south coast-based band was first formed back in 1999, and slowly built a following through their intense live performances, which always harnessed a live dub element. Their first EP, “The Solid Foundation Rhythm,” issued on their own Karnatone label in 2011 and featuring dub mixes by Russ D of the Disciples, became a regular part of Jah Shaka’s live playlists. It was followed by the 7” 45, “We Chant,” featuring the band’s charismatic Bristol-based lead singer, Tenja (who originally hails from France), the track becoming an underground anthem in Japan (via Rob Smith, aka RSD). Dubheart’s first album, Mental Slavery, was released in 2013, a momentous year that also saw the band win the European Reggae Contest staged by Rototom Sunsplash, leading to a European tour with festival appearances at Summerjam (Germany), Reggae Sun Ska (France), Overjam (Slovenia), Sudoweste (Portugal), United Islands (Czech Republic) and the Sardinia Reggae Festival, as well as Rototom in Spain. Then, in 2015, Karnatone issued the dub companion to Mental Slavery, mixed down in a heavy dubwise fashion by drummer Gavin Sant, otherwise known as Fullness; the band was then invited to participate in the BBC television show, The UK’s Best Part-Time Band, leading to their EP of cover tunes, 2016’s “Full Time Pressure,” again with dub versions from Fullness. ​Part of the band’s appeal lies in its tightness as a recording and performing unit; when you see them live, you understand that this band of brothers is on a higher mission, united in their wish to use music as a means of upliftment. And that sentiment is entirely evident on Cool Under Pressure. The melodic bass grooves of Mark Shepherd act as the perfect buffer to the furious rolls and expressive drum patterns of Fullness; David ‘Daddy U’ Mountjoy adds scintillating melodies on keyboards, including some delightful Wurlitzer lines, and Richard Ramsey’s guitar licks tend towards the understated, aside from the occasional solo pyrotechnics, as heard here on “Rocky Road.” And on songs like “Can’t Wait,” “Watcha Gonna Do” and the title track, the Brassica Horns add further melodic depth through fanfares of treble brass texture. ​With the rhythms laid entirely through live recording sessions cut at Fullness’ home studio in Bournemouth (with horn and Wurlitzer overdubs done elsewhere), Cool Under Pressure reveals Dubheart as a band on the rise, heading for unstoppable heights.

The dub deconstructions on the disc allow the listener to hear the exceptional quality of their playing, emphasizing each member’s individual talent, while the lyrics tackle subjects we can all relate to, with “Watcha Gonna Do” addressing social inequalities, “Can’t Wait” alluding to the refugee crisis, “Rocky Road” imploring everyone to hold strong in trying times, and “Rise Up” calling for direct action against the unjust system that rules our lands. Overall, the outstanding title track “Cool Under Pressure” really sums up the band’s ethos: the system may burden us with the stresses of censure and control, but our obligation is to stay true to ourselves and resist. And the music can help us to achieve this.