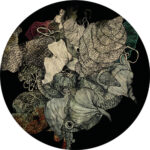 Much may have changed over a two-decade period, but Drumcode’s commitment to releasing the scene’s most cutting-edge and refined techno remains resolute.

With releases last year from heavy hitters such as Adam Beyer, Alan Fitzpatrick, Luigi Madonna, Jel Ford, dubspeeka and Mark Reeve, the label continues on in 2016 in much the same way; bringing fail-safe, club-ready music to the techno community.

Enrico Sangiuliano began his career through illegal raves and played at the most important, culture defining parties in Italy. In recent years, Enrico began putting his releases out into the international techno scene.

His tracks are rhythmic, deep, hypnotic and technological…techno from the heart. Supported, selected and played by: Adam Beyer, John Digweed, Carlo Lio, Monika Kruse, Christian Smith, Joseph Capriati, Ramon Tapia, Steve Lawler, 2000 and One and others.

Hot on the heels of the A-Sides Volume 5 compilation, Enrico Sangiuliano makes his return to Drumcode with his highly anticipated EP ‘Moon Rocks’.

The hoover heavy lead track ‘Moon Rocks’ is packed with booming percussion, intricate synths and brooding crescendos. The EP encapsulates Sangiuliano’s wide spectrum of sounds ranging from the fat bass line of ‘Moon Rocks’ to the more delicate harmonies shown within the ‘Dutch Kiss’ mixes whilst ‘Ghettoblaster’ sits somewhere in between.