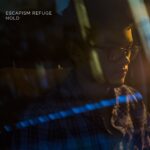 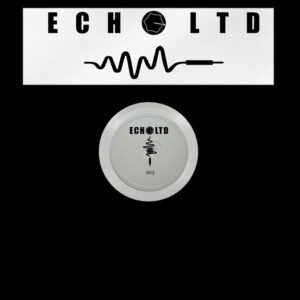 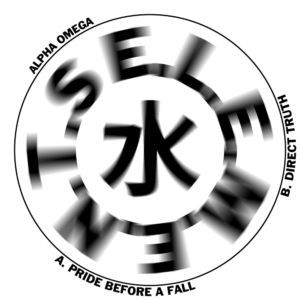 “If music-making is ‘escapism’, Jason has found his refuge [within] the depth of sound and delicate unfoldings of melody” – LiveMag SA

Deep Heads are very proud to present Escapism Refuge’s album ‘Hold’, The Deluxe Vinyl Edition. It contains the Full 13 tracks originally released at the end of 2017 with an added 5 tracks previously unreleased. 2 of the tracks are EXCLUSIVE to the Vinyl Purchase that will only be available on Download Card that is foud inside each Vinyl. There are 2 remixes in total to the Deluxe edition, the first coming from none other than R&S / Apollo Records very own Synkro. He put’s a beautiful twist on the track ‘Fly Away’ Featuring Chari Brix and takes the record to new dimensions. The other remix of ‘Mistakes’ comes from Nottingham’s finest, Congi. It’s a 140BPM roller that packs a serious punch. The subs are blazing and beats are full & beefy. Bravo Congi, bravo! 1 of the previously unreleased tracsk is ‘Dream Fly’ by the man himself. A little more experimental than his ‘usual stuff’, but is pretty incredible all the same. Then the last 2 are secret for now, you’ll have to grab yourself a copy and find out from the Download Card 😉

Here’s some info on the Album and Escapism Refuge.
Hailing from South Africa Jason Beukes has earned himself a mass following through his crafting of ambient, electronic soundscapes. Jason’s affinity with rhythm was revealed when he began playing
the drums at 13. A passion for textured beats was ignited which saw the young musician delve into production – simultaneously studying ‘Contemporary Music’ and putting out a string of critically acclaimed EPs under his moniker. Absorbing himself in sophisticated patterns and bringing his beats to life, the young virtuoso fuses elements of trip hop, down tempo and 2 step, at times reminiscent of Radiohead, Bonobo and A Tribe Called Quest.
The tracks on ‘Hold’ provide the perfect balance of ambient soundscapes and stimulating dance mixes, with Beukes’ signature textured rhythms and tight production present throughout. Kicking off the project ‘Me Myself And I’ marries filtered vocal samples with eerie synth melodies and electrically charged trip hop percussion. ‘Self Fishing’ demonstrates the artist’s mastery of ambience, creating a luscious, all-encompassing stereo field. Enveloping the senses for a truly immersive aural experience, ‘Sore’ and ‘Courage’ go on to showcases Jason’s  unrivaled ability to bring his beats to life.Best described in his own words, the upcoming producer clarifies: “I generally try to absorb as much as I can from my surroundings and paint a picture of what I take in, through the sound I create.”

Championed by the likes of LiveMag SA, XLR8R, Kaltblut Magazine, Dummy Mag and Between 10 and 5, it is no surprise that the aspiring musician has seen commendation from Giles Peterson (BBC Radio), Joe Kay (Soulection) and Lefto (Brownwood Recordings). This summer also saw the rising talent make his UK debut DJ set at the legendary Birthdays which was featured by Resident Advisor. With trippy, artistic visuals to accompany his single ‘Courage’, soon to be released, Jason is showing no signs of slowing down. Escapism Refuge has cultivated an inimitable signature sound and sparked the interest of the dance community globally. With his debut album set to make waves and inbound collaborations with Synkro, Compa and Ash Walker, 2017 is truly shaping up to be a pivotal year for Jason Beukes.