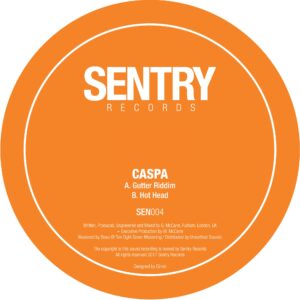 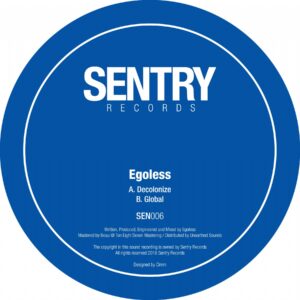 Insurmountable heat sliding through the cracks – no doubt, UK’s Sentry imprint is at it again. DJ Youngsta’s vinyl label is continuing its high-pressure output on dangerous 12” records. Routinely adding some of the worlds finest bass music artists to its roster, now welcoming none other than Gramz to its venerable discography. The notorious alter ego of Sleeper, highly respected producer and label operator (Crucial Rec.), takes a turn for the more aggressive & experimental side in Dubstep territory – firing up dance floors with its in-your-face attitude and Hip Hop inclined slack. Unadulterated gangster business, stirring the melting pot of forward-minded sound system music.

Setting the needle upon the grooves, we’re met with the experimental bass onslaught anthem ’Dip Dip Potato Chip’, immediately recognisable as the sought- after tune that it is, having lit up dance floors all over through the support of some of the most vital tastemakers in the scene. Detuned and distorted pulses scatter on a path paved with nothing but sinister intentions – pulling the trigger on its low frequency foundation and its corresponding loose drums. The sparse and effective instrumentation coupling its essence to a profoundly effective arrangement – taking the cake once again with the second drop. Swords and clanging armour rustle in the background as the characteristic vocal sample mayhem of ‘Illa’ locks keen listeners in a state of flow, being flung around from one unequivocally well-crafted break to another. Beats so dangerous, they ought to be classified – rewinds are to be expected.