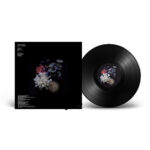 Questions? Request a Call Back
Life In Miniature - Low Island

It comes fresh off the back of their debut album, If You Could Have It All Again, which placed #17 in the Official UK Album Sales Chart and won them plaudits from Gigwise (‘truly engrossing’), Line of Best Fit (‘arena ready’), Double J, KCRW, Radio1, 6music and Zane Lowe, who described the bands ‘intellectual, soulful creativity.’ Their second album, Life In Miniature, sees Low Island continue to broaden the scope of their ambition, with a record that exquisitely balances stirring electronics, euphoric indie and infectious pop. It’s a record described by the band as a ‘timecapsule, a sonic photo album that captures three years of accelerated change that felt like a lifetime. Leaving home, falling in love, losing loved ones, trying to capture full complexity of emotion that all of those experiences engender.’

Setting that heartfelt lyricism against such a diverse range of sonic backdrops is something that Low Island have been devotedly fine-tuning over the years, firmly rooted in an independence that extends to everything from managing themselves and releasing their music on their own label, Emotional Interference. Its lead to an electrifying live show, which has seen them play festivals from Glastonbury to Lollapalooza Berlin, support synthpop legends Hot Chip and pack out their own shows everywhere from London to Berlin, Prague and Paris, prompting 6music’s Tom Robinson to prophesise that ‘we’ll have them rocking the Pyramid Stage yet, mark my words’.