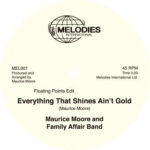 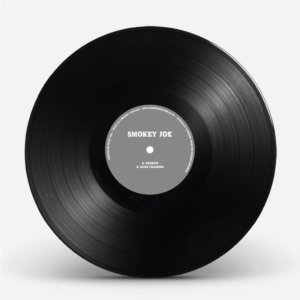 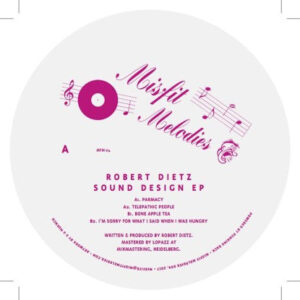 A few years ago, Melodies family members Floating Points and DJ Red Greg got their hands on a couple of original 70s obscurities. While these standout records shone brightly in their own right, the two DJs saw the potential to create their own edits behind the scenes, finely attuning the original versions to modern-day dancefloor standards. Of these new recordings, they cut only five copies for themselves and a few DJ friends of theirs.

Today, Melodies International is very proud to bring you MEL006 and MEL007. Fully licensed, lovingly mastered to the highest possible standards and carefully edited to dial up that dancefloor enjoyment, these two ‘You’re A Melody’ classics weren’t originally meant to get official releases. But due to popular request, they are now available to play and share in very special moments at parties around the world.

MEL7, Maurice Moore’s ethereal Hammond bass soul anthem “Everything That Shines Ain’t Gold”, is pressed as a 12-inch, with parts 1 and 2 from the original 7-inch merged on one side, and the FP edit on the flip. A multi-instrumentalist, the talented Moore grew up in Chicago listening to music from the local scene, including the likes of Etta James, Boe Diddly and Chuck Berry. Unable to pay for guitar lessons, Moore learned what a major, a minor and a 7th chord were from his uncle and went from there.

After opening for legendary acts such as James Brown, Parliament, Funkadelic and Kool & the Gang, Moore and his band went on to record their debut album in 1976 before he took a back seat in the 80s to focus on the business side of things – a period when he fell in love with the process of bringing amazing music to the world. To this day, this record holds true to his passion. Written in 20 minutes, “Everything That Shines Ain’t Gold” gains a new lease of life on MEL7 – exactly 40 years after its original 1977 release.

a1. Maurice Moore – Everything That Shines Ain’t Gold (Part One and Two)