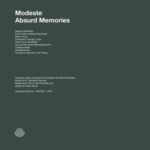 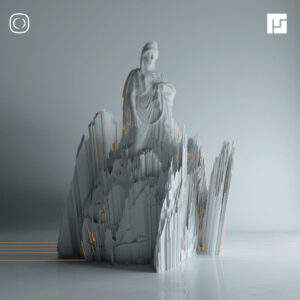 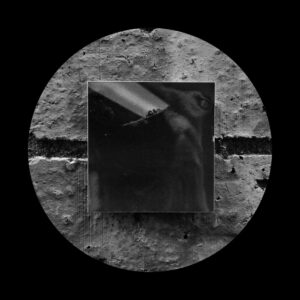 Cannataci Records is a joint venture hosted by Ripperton and Agnès. The label is aimed at releasing rather unclassified music, pieces our friends compose or simply ourselves. The aim is at releasing music we believe make things go beyond the usual paths. The label name is a reference to our hopes in the newly appointed UN special rapporteur on privacy, namely; Joseph Cannataci.

Frankly, we do not want to taint our music with politics, although we are simply firm endorsers of our own privacy and think everybody else should. Cannataci Records will output its releases with a very small batch of 2×12 inches vinyl’s physical copies of the recorded materials and thereafter digitally.

Modeste – Absurd Memories – Cannataci Records 001
Absurdity, none decisions, finding yourself begging for your brain to get formatted thus losing it all, the good and the bad, simply for once get rid of that load. Machine wise it’s possible, biologically speaking it isn’t yet. Absurd Memories is an exorcism at one of the saddest period of my life. Sorrows and sleepless nights made me craft this. I nailed it with all my strength as if by doing it with all my hearth, my sadness storms would vanish. It turned out to be an unfair combat. Two years later this has now its place in the past for which time, as a cure, was my only help at looking at things with a different gyroscope. This album is now your present and somehow so dead for me. Absurd Memories…

To be sorted in your Bassbient bin

b2. Persuasion Through Loops

c2. Home of the Afraid (Mountainlude #1)

d2. The End is Important in All Things