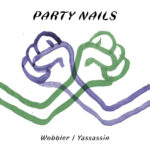 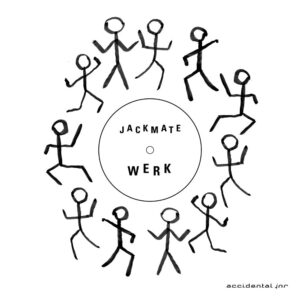 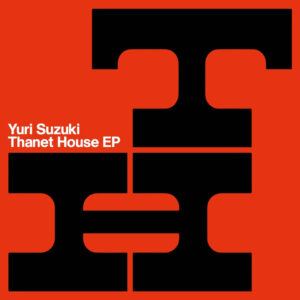 Following up on a string of releases already this year from the likes of Third Son, Jackmate and Jerome Hill, Accidental Jnr continues to charge ahead, this time bringing UK duo Party Nails into the fold.

Take the talents of musician and Joe Goddard collaborator Raf Rundell (The 2 Bears) and add prolific producer and mix engineer James Rand (God Colony) and the resulting wonderful mess is Party Nails. As they themselves describe it, Party Nails is “…a two-man trampoline fantasy finding genesis in Gemini. Heavy rollers for open minded floors and working DJ’s”. Erratic yet functional, their productions fall perfectly into the oddball dancefloor sound that Jnr is becoming renowned for.

A side ‘Wobbler’ gets straight down to business right from the off. Laden with sharp, jittering percussion, rolling bass and crisp sampling, the track hurtles forwards at speed, pausing for nothing. The B side continues this motion with layers of thundering, fuzzing feedback and rolling drums that form ‘Yassassin’. The B2 ‘Motherr’, then eases back the tempo to settle into a hard-grooving drum workout, littered with digital misbehaviour.

The records playful and spontaneous sound serves to perfectly sum up the Party Nails mantra, “DON’T ASK WHY – JUST BANG THE NAILS”.