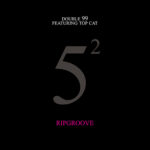 Classic Vinyl
Get a Casavinyl monthly subscription and get this record from only £18.70 - click here for more details.
Read our review at Wired.com

Originally produced and recorded in a kitchen in London, N7 back in 1997 by Omar Adimora and Tim Liken aka Tim Deluxe. Distributed by Ice Cream Records label boss, Andy Lysandrou from the boot of his Mini-Metro; record shops from the South to North of England were staying open until past midnight waiting for new stock. Pirate radio stations hammered it from the moment the vinyl landed – The Sound Of The Summer of ’97 had arrived.

Mainstream radio stations refused to playlist the record on its first release due to it being “too different”, too urban and too underground, despite its unparalleled popularity throughout the summer. Thanks to A&R man Nick Raphael’s belief in the record, it was eventually playlisted on Radio 1 (the first ever UKG record to be added), with newly added vocals from Top Cat it went on to enter the charts at No. 13, opening the floodgates for a UKG takeover of British radio.

As well as Sherelle featuring the Fixate Remix in her seminal set at LDN Boiler Room, with an insane reaction and worthy re-wind, the track has been supported by a multitude of music heads from DJ EZ to Annie Mac to Four Tet to Pete Tong to Diplo… the list is endless, with it even appearing as the lead track for Kurupt FM’s “People Just Do Nothing: Big In Japan” movie.

Double 99 have re-recorded the UK classic at RAK Studios with a 16-piece string section (The 12 Ensemble & Friends) alongside a newly recorded re-vocal from the legend Top Cat. Complementing their Reimagined versions are remixes from Ewan McVicar and Daffy, ensuring that the cultural relevance and unadulterated dancefloor power of ‘Ripgroove’ will live on for years to come!