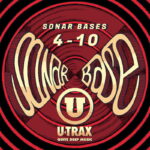 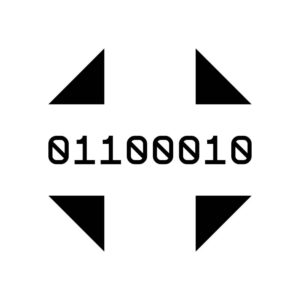 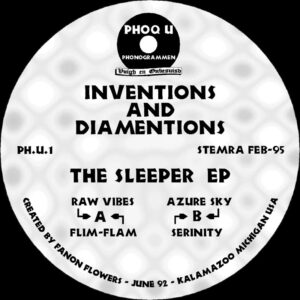 Get a Casavinyl monthly subscription and get this record from only £14.02 - click here for more details.
Read our review at Wired.com

This is a re-press of the legendary Sonar Bases 4-10 double 12″. In January 1997, Frank de Groodt elevated to electro stardom with this astonishing combination of dark electronica and electro beats.
Frank at the time lived just outside the city of Amersfoort, which is where he was born and lives again these days, some 30 minutes northwest of Utrecht. His first ever release in January 1994 was a techno EP on U-TRAX, as Pieces of a Pensive State of Mind. Later that year, he released his first 12″-es on Djax records as The Optic Crux, and he continued to keep making up artists names in the following 25 years, like Fastgraph and The Operator. He is also one half of the live outfit Random XS (together with DJ Zero One), collaborated with Arno Peeters (a.k.a. Spasms) as Urban Electro and with Detroit’s Dennis Richardson as Ultradyne. And that s not even all of his alter egos.
The sound of these eight unique tracks called for a new moniker back in the nineties: Sonar Base (ironically misspelled on the original release as Sonar Bass). All tracks on this re-press have been remastered for maximum impact. The double vinyl goodness kicks off with Earth Probe, that very subtly creeps towards us, before it kicks in with a rather obese bassdrum. As if Frank wanted to ease his listeners into his then new sound, this track basically is in techno/acid style, but has the slower tempo that characterizes the rest of the electro tracks of this release.
Immediately following, is the unrivaled beauty of Welcome To Sonar Base #4, a track that slowly builds up before it takes us on a deep space journey at two thirds. The 11 minute Sonar Base #5 has been a DJ favorite for 21 years, reaching out to both electro and techno lovers, while Sonar Base #6 is the type of ultra-pure electro that really puts your woofers to the test.
Arrival At Dwell Probe is another one of our favorites, with superfine beats, desolate voice samples and deep and moody synths. Very musical, truly a top piece that will leave you totally unprepared for Blunted. This track has the rolling type of hiphop-style beats that mix well with LL Cool J’s Mama Said Knock You Out, but of course has the space-station atmosphere that makes it unmistakably a Sonar Base track. The fast pace and merciless beats of Intergalactic Anecdote rush us to the finale: Sonar Base #10, a worthy closing track, with deep bassdrum patterns and melancholic strings that also please fans of broken beats. It stops and goes and keeps demanding your attention, making you wanting to go back again to the first track disc and start your Sonar Base trip all over again.
“Classic sounds – true electro.” Andy — Bass Agenda “Thanks a lot for this outstanding release, I feel like my electro culture is a bit stronger know that I know about this amazing music.” Ed Isar — Musique Pour La Danse / Remember 430 “Sonar Base 6. YESSSSS!!!!!!” Mark Forshaw — “Wow what a release!” Vincent Neumann — Distillery “Classics! Lots of great stuff here that I’m glad to finally have digitally.” Anton Banks — 88.1FM “GREAT EP – superb Electro tracks.” Laurent Garnier — “Some funky Electro stuff here, like it!” Thomas P. Heckmann — Trope Recordings / AFU LImited “Sonar Base #5 for me! Cosmic!!!!” Jeans — Whoosah “Timeless masterpiece ” Kaelan — “Legendary album and much welcome re-release, thanks!” Marcel Heese — Tresor