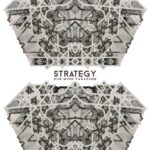 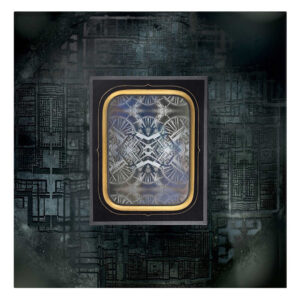 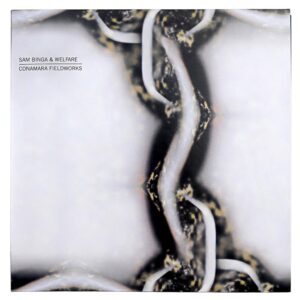 Paul Dickow AKA Strategy is a musical polymath with a signature sound derived from his immersion in hardware-based electronic music. He has spent close to two decades traveling freely through house, techno, rave, noise, ambient, and sounds more difficult to categorize. Strategy’s sound is inimitable because it is literally built by hand – his hands. Through all of this sonic journeying, including multiple full length releases, a constant has been his love of reggae and dub, yet somehow a proper dub album has never emerged – until now.

After two much-loved 7” singles on ZamZam – to say nothing of dubwise excursions on Idle Hands, Shockout, Peak Oil, 100% Silk and more – “Dub Mind Paradigm” is the fulfillment of a clear, simple goal. “I set out to make a full set of dub tracks good enough to make an album — something that had always eluded me– and it worked, finally. A simple exercise in seeing if we could launch the capsule to orbit Planet Reggae and make it home again.”

Reaching Planet Reggae, the album explores analog caverns of dubwise at all tempos, from the 80s to 140, full of the ghosts of ancient and future technologies, glimmering shards of hope among heaps of folly, ruin and rubble. Music fans with crates deeper than the contemporary will find shades of Wackies, Firehouse, Unity Sound, Burial Mix and more, but only winks and nods… no one sounds like Strategy, and Strategy sounds like no one.

Limited to 700 vinyl LPs – no repress, no digital.

b1. Speaking Dub To Power

b2. Shaking The Dub

b4. Lone Wolf And Dub