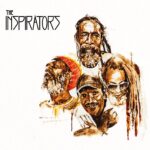 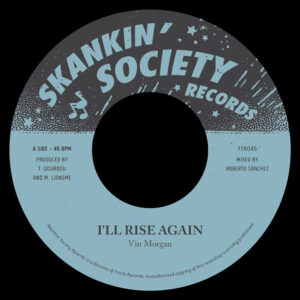 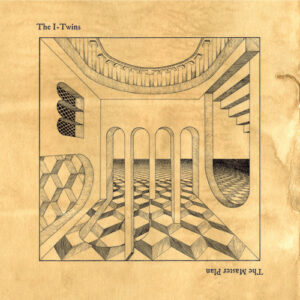 The icons of reggae became stars thanks to their charisma and above all to their… voice. But Bob Marley, Peter Tosh, Burning Spear, Dennis Brown, Jimmy Cliff also owe their outstanding careers to the sidemen who accompanied them. Yet these drummers, bassists, guitarists, all exceptional instrumentalists, remain unknown to the general public, not having been able – or willing – to assert their vocal talents.

The original idea patiently nurtured by Mathias Liengme, the producer of this album was to compensate for this lack of recognition by giving the microphone to these “singers without knowing it”.

In 2013, the young nineteen year-old swiss pianist went to Kingston to realize a project, which seemed a little crazy. He brought together in the same studio Leroy “Horsemouth” Wallace, Lloyd Parks, Earl “Chinna” Smith and Anthony “Sangie” Davis, and made them sing. Success! Throughout the sessions, the jamaican virtuoso musicians unveiled vocal treasures, which had remained well hidden… until the release of this album !

This success is also due to a wonderful friendship: the unusual encounter between a young Swiss reggae-lover, Mathias Liengme, and the legendary drummer Horsemouth, famous for his role in the film Rockers and his involvement in historical music records (Marcus Garvey by Burning Spear in 1976). The long list of musicians in Horsemouth’s circle of acquaintances – a true who’s who in reggae – was very helpful to choose the best singers-instrumentalists for the credits of this album.

Let’s start with Lloyd Parks: founder and leader of We the People Band, he is known, both in the studio and live, as one of his generation’s most active bass players. He completes the rhythmic duo alongside Horsemouth.

During the casting, Earl “Chinna” Smith naturally stood out; he is one of the most important guitarists in the history of reggae: from Bob Marley to Jimmy Cliff, from the Soul Syndicate to the Revolutionnaries, his guitar is everywhere! Finally the quartet would not be complete without the presence of Anthony Davis, said “Sangie”. Member of the Gatherers, emeritus singer and guitarist, he was also an exceptional songwriter for Bob Marley and Dennis Brown.

This real all stars now needed a group name. Without false modesty, these four strong personalities chose “The Inspirators”, a title that their careers as “inspiring companions” shows for, as well as their talent to compose for other musicians. The four friends called upon this talent once again to write eight new pieces specifically for THEIR album!

Recording this album, The Inspirators took a lot of pleasure in singing their own compositions, which sometimes mention the idols of their youth: Curtis Mayfield or Isaac Hayes. They created an album, unique in its kind, which crosses the borders of reggae to speak to all amateurs of authentic world music. With this album, a youngproducer has allowed these magnificent Jamaican veterans to finally take the center stage: a tribute to exceptional musicians, still far from being short of… inspiration!

08. Give Back To Caesar (Caesar Thing)