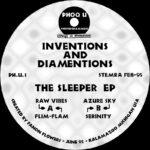 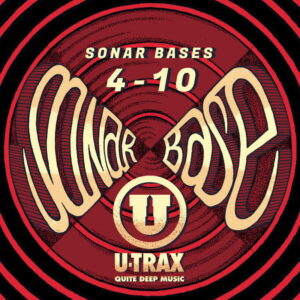 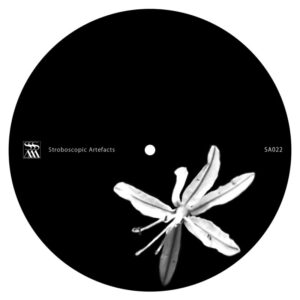 One Month Off - Chevel 13 Credits

Questions? Request a Call Back
The Sleeper EP (2018 Remaster) - Inventions and Diamentions

U-TRAX sublabel Phoq U Phonogrammen was created for raw acid and techno and Fanon Flowers fitted that bill perfectly. His debut as a recording artist was also the first release on Phoq U in 1995.
The Sleeper EP is critically acclaimed by those who know, with tracks like Flim Flam that will get everybody bouncing. The real gem is hidden on the B-side though, where Serinity lives, a completely mental and beautiful tripping techno jam. The term “vintage techno” couldn’t be explained better than with this release.
Fanon Flowers had been dissed by a record company, a so-called ‘underground’ label from south of Detroit even before he ended up with Phoq U. As a student he lived in Ypsilanti nearby Detroit, but he is from Kalamazoo originally, the hometown of Jay Denham, the genius responsible for one of the best techno 12″-es ever made: Fade II Black on Derrick May’s Fragile Records. Inspired by Jay, he picked up producing tracks himself and in 1992, and made some raw, lo-fi analog 909/101-tracks.
Original release date: February 1995.
Available on original vinyl and remastered for download and streaming.

More Like The Sleeper EP (2018 Remaster) - Inventions and Diamentions