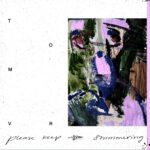 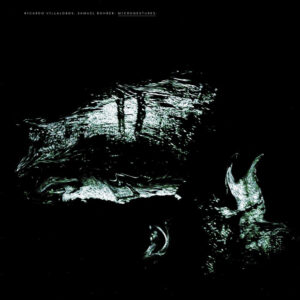 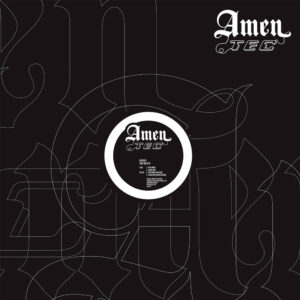 Please Keep Shimmering marks Tom VR’s fourth appearance on Seb Wildblood’s ‘All My Thoughts’. The end result of a long, turbulent creative process, it’s an album about perseverance and finding inspiration in the face of monotony and self-doubt.

First emerging through the Leeds scene, Tom VR gained traction and attention as a producer through a rapid series of releases on AMT and his own label, Valby Rotary. His debut album Films was released in 2018, a rich and eclectic collage of house, electronica and field recordings. Since then, he has finely tuned a style to call his own – detailed and intricate but grounded by a feeling of warmth and propulsive forward motion – its a sound crystallised on the widely acclaimed ‘Fast Track To Bliss’ EP, which was released in 2021 on Midland’s INTERGRADED.

Work started on Please Keep Shimmering in the aftermath of Films in 2019. Relocating to London via Manchester, Tom juggled his creativity with a 9-5 in customer service. During 2020, over the course of months in isolated lockdown, anonymous abuse from customers on social media platforms skewed the perception of the outside world. ‘It permeates through the screen of your computer and into your life’ he explains ‘As you much as you try to disconnect afterwards, doing this every day while isolated in your home, can get strange. I started to lose confidence in what I was doing creatively and why I was doing it.’

Please Keep Shimmering soundtracks this moment of internal fracture, but also the experience of coming out on the other side, of reassembling the pieces. Weaving together fragments and textures with signature delicacy, the album moves from pulsing ambient on the aptly named ‘Colour Dance Behind the Eyelids’ to brooding downtempo on ‘Keep Shimmering’. Hidden between these moments of introspection are flashbacks to the dancefloor – the lean, broken beat and glittering melody of ‘Partner’, the echoes of jungle on ‘October’, and the rattling, hi tech two-step of ‘Blue Sky Unravel.’ Tom draws on these dancefloor memories to sketch a vision of the future. On the closer ‘Well Are You Hope?’ we get a cautious glimpse of the realisation that things might get better, that these moments are only temporary.

At its core, Please Keep Shimmering is driven by an infectious sense of hope. But it’s not mere escapism – this is the kind of optimism you have to fight for, in which you still hear the echoes of what came before. In the producer’s own words: ‘I sometimes envision my creativity like a flame shimmering. I was constantly worried about it fading out. This album is a sonic reminder to anyone that when you feel burned out and exhausted, searching for the spark deep in your chest can feel impossible, but you have to believe it still exists.’

a1. Tom VR – Soared Straight Through Me

a3. Tom VR – Colour Dance Behind The Eyelids