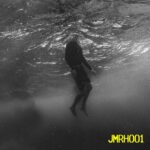 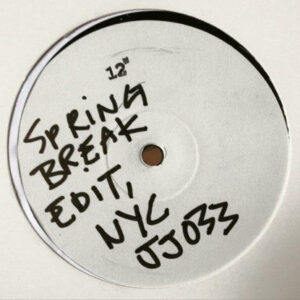 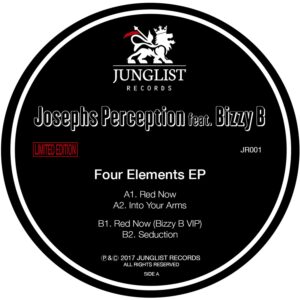 While quite a few people are obviously still dwelling in the achievements of Munich’s disco era during the 1980s, it seems that another major part of the cities partying scene travels to the same clubs every weekend. Here they are getting fed with the plasticized Beatport Tech House trax that everybody wants, drinking Vodka Red Bull until they almost pass out and walk – if they are still able to – home happily, oversaturated by non-inventive, but good selling music. So far the cliché. Fortunately, reality looks a bit different, at least for the lovers of UK Bass.

In order to make people aware of the city’s flourishing developments in this scene, the grandmasters of Ruffhouse and Jahmoni Records have teamed up for a limited 10″.

On the A-side, Ruffhouse’s no. 1 mobster and Lacoste track suit model Top Shotta shows us his “Power Reserve”. Kicking off with a straight and technoid bass drum, surrounded by delayed echos and industrial patterns, the track unfolds his way into the ear and body of the listener. Later on, the beat transforms into a half-stepped, Post-Electro hybrid, well accompanied and bedded in by the carefully selected percussions. Without a doubt a more dark approach to the recently released first Ruffhouse EP of his buddy Pastiche, that fits well with the manifest destiny of this young and delightfully fresh label.

Jahmoni’s boss and sound magician BELP delivers the flip, rather an AA-Side. “Queen of Darkness” needs no further explanation. Just like in his previous works, his avant-garde take on UK Bass results in a sinister, mean kicking monster. Layered drum sounds, nastily rattling percussions and effects define the sonic signature of BELP, whose love for drone and glitch sounds is constantly shining through in every second of this track. “Queen of Darkness” is a little prequel to “Hippopotamus”, which is going to be released later this year and that will furthermore define BELP’s very own interpretation of Afro-Futurism and Tribal Spiritualism.

With labels like Jahmoni and Ruffhouse, people will no longer have to be afraid of Munich’s musical future – it has already arrived.

b1. Belp – Queen of Darkness