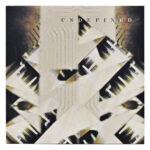 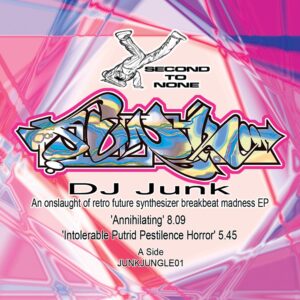 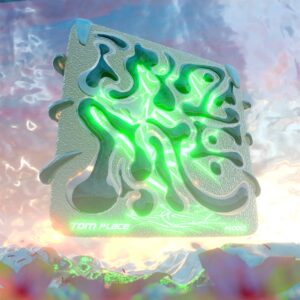 Khaliphonic 15 is the first full length release from Japanese experimental dub duo Undefined. Well-established as a live act since 2014, and releasing on their own Newdubhall label as well as ZamZam Sounds since 2017, it’s well-past time that their expansive and immersive sound be allowed to span the length of an LP, and this set is nothing short of a triumph.

The powerhouse duo of keyboardist/programmer Sahara (formerly of Heavymanners) and drummer Ohkuma (formerly of Soul Dimension) create an absolutely unique form of dubwise firmly grounded and rooted in rockstone reggae principles, while focusing intently on expansive spaces, subtle inflections, and exploratory minimalism and abstraction – deep dives into the heart of rootical riddim and space. Luminary vocalists Paul St. Hilaire, Rider Shafique, and Ras Dasher were invited on the journey, and the resulting set is absolutely timeless, a crowning achievement in the rich history of reggae, dub, and dub techno in Japan, and the world.

With “Defined Riddim” the two-man band has created something ruff & rugged while somehow delicate and utterly elegant throughout. Undefined honors the roots while taking them in an deeply personal, unconventional and unique direction unburdened by cliches, follow-fashion or any other concerns beyond creating an honest music – dub from the heart. Words fail when trying to describe the richly saturated color and tones of Sahara’s keys & bass; Ohkuma’s drumming is muscular, lithe, incredibly tight & subtle. The two together are nothing short of a force, a single spirit of riddim moving through two individuals with a fully-unified vision, the vision magnified by E-Mura’s (Bim One Production) masterfully restrained mix.

It’s an absolute honor to release this album in physical form, including a bonus 7” featuring the heartfelt vocals of Ras Dasher, who passed away suddenly before he could celebrate the release with us. Undefined and Khaliphonic/ZamZam Sounds dedicate this set to him, and to dearly-departed Naoki E-Jima, whose Disc Shop Zero was the heart of the scene in Japan until he left this plane in 2020. Naoki was also an early, enthusiastic, and steadfast supporter of ZamZam Sounds & Khaliphonic, and we are forever grateful to him and his family for the love they showed us and so many others.

b2. Tech In Black

a1. Into The Light ft. Ras Dasher