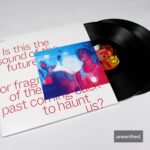 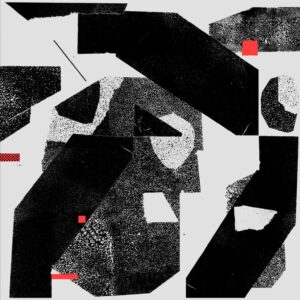 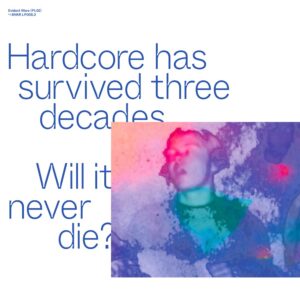 Breaks Vinyl | Drum and Bass Vinyl | Jungle Vinyl | RECOMMENDED
Get a Casavinyl monthly subscription and get this record from only £19.55 - click here for more details.
Read our review at Wired.com

Is this the sound of the future or fragments of the past coming back to haunt us? Is a remix of a classic thirty years after the fact an exercise in hauntology or a time loop closing? When hardcore came bowling out of the UK underground, it was sci-fi postulating rendered on wax, but it also reflected an inescapable reality at street level. Idealist, escapologist music that said as much about decades of inner city pressure as it did about outer space fantasies. A sweet refrain underpinned by a necessary ruffness, the elegant ballet of a break dissected 16 different ways over 16 bars, the protest pulse of the subs carrying the torch from one soundsystem culture to another.

What hardcore successfully struck on was so definably alien it set a new paradigm which has been cast back and forth in dialogue ever since. Whole scenes have risen and receded around these principles, and the constant remains – masses of bass carrying angular rhythms, unnerving echo chambers of disembodied voices and moments of staggering beauty and masterful ugliness. These principles have a universal appeal that burns bright generation to generation, never seemingly diminishing but rather fortifying with time. Sometimes a surge of inspiration finds the principles reinterpreted in head-spinning new ways, but the ethic remains the same.

Those shaky, intrepid years of lo-fi samplers and narrow band broadcasts were defined by their lack of definition. Take a punt on a rare groove lick and work out how to get the low end louder. Then everything got organised – in the face of mass appeal scenes started splintering and preferences catered to. It may not have been a force for unity, but it engendered more intensive investigation. Years of scenes, styles, subgenres, niches, furrows, corridors, avenues, detours, each more hyper-specific than the last. Eventually though, everything breaks down so much it all becomes one mass again – a constant cross-contamination between these intensely cultivated strains, creating ever more potent hybrids that simply feed back into the temporal swirl.

c2. Christoph De Babalon – Where Are You Going?