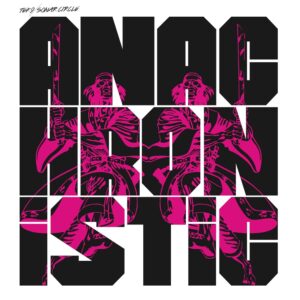 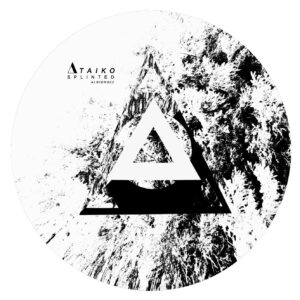 Following almost two years of driving bass music promotion, in the form of compilation albums, free download round-ups, reviews, guest mixes & mix series CDs, the time has come to transcend from what first began as an online blog into our very own music label. After working with renowned artists such as El-B, Quest, BunZer0 and Phaeleh, as well as fellow promotional platforms FatKidOnFire & Deeper Vibrations – the Albion community has developed and grown to become recognised across the board of the bass music spectrum. This extension of our brand will help in pushing this music even more, enabling us to curate a fundamentally diverse sound beside the culture that we so passionately enjoy.

The launch of Albion Collective Recordings is to be set in motion with In Pieces, a collaborative down-tempo effort conceived between Vaun and Jafu which is radiant in textural soundscapes. This particular piece has been doing the rounds as a clip on Deeper Vibrations’ YouTube channel since 2013, inducing longing excitement for the song to finally surface.

Bristol based Daniel Brown, aka Vaun, has prospered into one of the scene’s most prolific producers, covering multiple styles and turning out numerous releases for MindStep Music, Redshift-One and Soulstep Records. After recently hinting at the imminent release of an album, Brown can also reap in the keepsake of ALBION001 alongside Canadian artist James Fuller, aka Jafu, who likewise has blossomed astutely alongside his soulful Chord Marauders collective.

In Pieces falls somewhere amongst immersive trip-hop and jazzy 2-step, an affectional arrangement that makes wonderful use of Marvin Gaye’s a cappella in his classic Sexual Healing. The composition will certainly induce healing of the cerebral kind, with its stripped and delicate percussion work, dubbed out horns and soothing string sections. Encapsulated within Vaun & Jafu’s musical offering is our label’s statement of intent. That is, to champion unique music that emanates elegance such as this collaboration – and such as J.Sparrow’s remix treatment.

Ryan Wild aka Jack Sparrow, a Deep Medi Musik signee and one half of dubstep extraordinaire duo Author, has granted the scene with his tenacity to build profoundly stunning electronic music. Wild has the tempo notched up for his In Pieces edit but remains true to Vaun and Jafu’s approach in the sense of its lavish spatial touch. The atmospherics breeze over with a soft vibrancy, as the electronic guitar solo recording from the original plays over the initial main section charmingly. This is all resulting in a simply sumptuous mix which goes right up there with his top drawer remix work for Annie Drury and De Niro & Y.

To compliment J.Sparrow’s sublime contribution and to also complete the package, the Black Butter Records assosciated and Bristol-based outfit Sly-One have whipped up an outright banger of a remix. Joe Cannon, Dave Constant and Oliver Read can already boast an admirable set of releases in the four years since they’ve joined forces, featuring on Shifting Peaks, Lost In Translation and 877 Records. Add that to a rude collaboration with fellow Bristol head & rasta emcee Buggsy and a remix for Bad Mojo on Meanbucket, Sly-One had clearly meant business from the offset – and have shown absolutely no let up for us at Albion Collective. Served with a side order of the trio’s classic subtle cowbell hits, their 2-step/bassline fusion works wonders with the vamped-up vocal sample and is ready and waiting to rumble clubs & festivals for this summer and beyond.