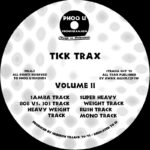 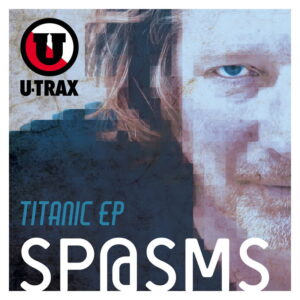 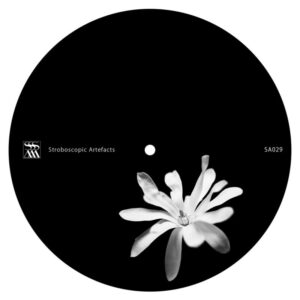 The second and, as later would turn out, also the last release in Heinrich Tillack’s critically acclaimed Tick Trax-series. The first Tick Trax-release by this talented producer from Braunschweig (Germany) was released as Volume 1 on U-TRAX in 1994 (cat. no.: 13 UTR SYS 1). It was a very successful record, however a bit too ‘rough’ for U-TRAX. Therefore, Volume II is launched on the U-TRAX sublabel Phoq U Phonogrammen, that has a more raw approach to techno, acid and electro.

Heinrich is a bit of an enigma. Having released some 12″-es on Detroit’s Plus 8 Records (as Sysex), Force Inc. Music Works (as Absolute) and Disko B (as Festival) and his own label Jakpot (both as Festival, as well as Co-Jack, together with Olivier Bondzio aka Hardfloor), he more or less disappeared from the face of the earth. It is said that he is a developer of children’s apps for mobile phones nowadays.

This second Tick Trax release has 6 tracks, all in the distinctive raw Chicago-style that Heinrich uses only in his Tick Trax-identity. For minimalists, the CR-78 orientated beats on ‘Samba Track’ (from ’93!) will be the track to go for. For heavy pounding floor fillers you can rely on ‘Heavy Weight Track’ and ‘Super Heavy Weight Track’. Our personal favorite is ‘Rush Track’, another minimal track, but heavy and dark at the same time. The power is the drive in this one!