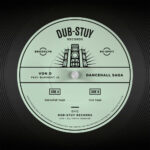 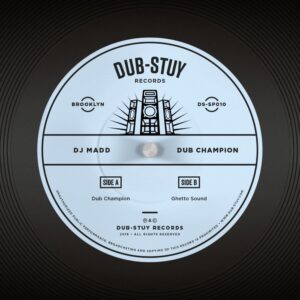 On Dancehall Saga, Von D and Blackout JA team up for a collaboration that is sure to hit all the right notes for those who like to get busy in the dance. Fresh from a series of releases on his own Dub Galore imprint, Von D combines a syncopated dancehall inspired beat pattern with the pressure of high-grade dubstep to cook up a stomping riddim with enough weight to clear a path straight for the reload.

Blackout JA flexes his deep, rugged flow and invites one and all to partake in the vibe of the dancehall, namechecking everything from ganja to Instagram to Sister Nancy’s classic “Bam Bam.” Flip to the B-side for Von D’s dub treatment, putting the deadly riddim front and center with classic dub flourishes as bits of Blackout JA’s vocal and piano and guitar licks echo across the track.

The Dancehall Saga SP is another sureshot from Dub-Stuy, essential 21st century soundsystem music sure to resonate with fans and newcomers worldwide. The single is set for release on digital and vinyl formats and will also feature a very special video with dancers filmed by Raatid Magic Films in Jamaica.