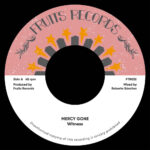 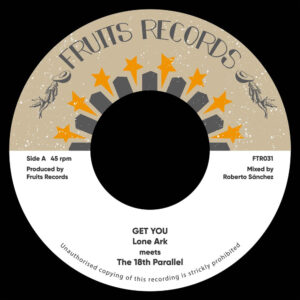 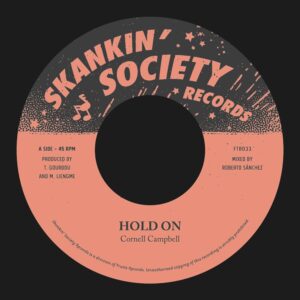 Probably one of the most sought-after Jamaican roots reggae tracks by record collectors, ‘MERCY GONE’ is both an obscure and iconic sound system tune. Originally performed by the equally obscure 1NY and Soul Syndicate, ‘Mercy Gone’ captures the essence of 70s roots reggae: a slow tempo with a bouncing uptempo skank, inventive drumming and a compelling bass line, a raw but powerful sound, and a plaintive voice whose emotion reflects the harsh reality of the sufferer’s life. The 18th Parallel wanted to offer their own version of this classic, an original record that is now unavailable and estimated to be worth thousands of dollars. To do so, the producers found a young singer of only twenty years old with undeniable talent, but still unknown to the public: Witness. Originally from Swaziland, Philisiwe ‘Witness’ Lukhele delivers her own interpretation of ‘Mercy Gone’ on an original riddim by The 18th Parallel. Without trying to identically reproduce the original, Witness and The 18th Parallel offer a powerful and modernised recut that still is faithful to the aesthetics of the Jamaican sound of the 70s. Above all, they finally give sound systems the opportunity to play this anthem, which was previously inaccessible on a 7″ single. The icing on the cake on the B-side: one of the most prominent DJs on the current British sound system scene, Mr. Williamz, takes over and mash up the dance! Rewind!