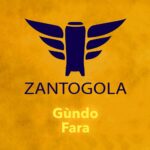 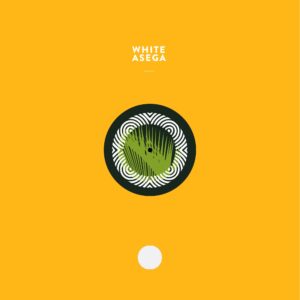 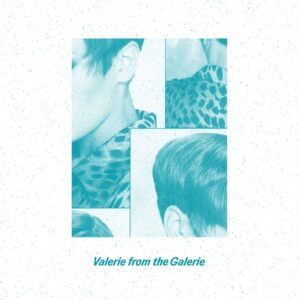 RECOMMENDED | World Music Vinyl
Get a Casavinyl monthly subscription and get this record from only £11.05 - click here for more details.
Read our review at Wired.com

Wahever Records in association with Alex Dayo Drumming School proudly presents Gùndo Fara, the debut EP by Zantogola.
Inspired by the West African heritage of popular rhythms and songs, Zantogola are at the same time masters and explorers of the plenguedey music: a fusion between elements of mandingue, highlife and afrobeat with hip hop, reggae and jazz.
The band mixes traditional African-percussions rhythms with brass, voices, guitars, balafons and ngonis to create contemporary, reflective, joyous and highly danceable songs.
The Zantogola project was born in 2016 with the meeting of Alex Dayo and Matteo Boyero, and has grown up into a full scale band and human adventure. Among the members of the band there are musicians like Alai Sanfo, Hien Narcisse Moustique Piqué, Robert Goldsmith, David Kemp, Nick Onley, James MacPhail, Owain Arthur, Moussa Dembele and Shreya Rai.
Alex Dayo is a drummer/percussionist from Burkina Faso, former musician of the Kouledafourou National Ballet and leader of Wountey, the band who initiated Plenguedey music. Alex moved to London in 2008 where he set up a drumming school.
Shreya Rai is a 25 year old singer from Nepal. She is the main female singer for Zantogola, and also performs with other bands such as Namlo and Makindu (WAHEVER 004). She is a highly creative and dedicated artist, and a composer in her own right: look up her name for future releases.
This EP also features some special guests: violinist John Garner, Rafael Anker on EVI (electro valve instrument), Togo Clément Palé on bass, Sophia Mogapi on snare/cymbals, Marta Badia Marin on background doundoun and Dabaiyah Fidel on backing vocal.
Zantogola means “the greatest in everyone” and it’s the name of a character in Burkina Faso’s folklore. There are many tales of his extraordinary powers. He plays his percussion louder than anybody in the country, so loud that you could hear him from all the other villages.
He can devour a whole village’s food supply for a year in a single day, but his appetite is matched by his generosity: he will farm all the fields for the whole village single-handed. He also sleeps for a whole season unless the village needs him.
Zantogola also inspires a message of humbleness. In these dark times, Zantogola stands against growing nationalism and the tightening of borders to create a spirit of common purpose and brotherhood.
Gùndo Fara means “secret revealed” in Bambara, one of the most widely spoken languages in French speaking West Africa.
This 45 rpm loud cut 12’’ EP is an introduction to an eleven track album to be released in spring 2019, it is limited to 300 copies and comes with B side drum mixes that will not be included on the spring album release.

Composed and arranged by Alexandre Yemaoua Dayo
Produced by Matteo Boyero and Alexandre Yemaoua Dayo
Recorded by Matteo Boyero at Wahever Records, except drums on “Tare” recorded at the Alex Dayo Drumming School, and bass and electro valve instrument on “Taré”, recorded at Dondoli Studio by Joseph Sangare
Mixed by Peter Soldan at Dada Studios
Mastered by Simon Davey at the Exchange
Artwork by Sandra von Hazelberg

Special thanks to Peter Soldan at Dada Studios, Joseph Sangare at Dondoli Studio, Sandra Von Hazelberg for the artwork, Finsbury Park Art Club and all the students at the Alex Dayo Drumming School.

Notes by Alex Dayo:
Seli” means “pray”: whatever our beliefs as human beings, let’s pray to know ourselves so that we can gain a better awareness of humanity’s needs. “Taré” means “majesty”. How great is your mother’s love. How great is a lover’s love. It’s your choice to find the balance: as we cross many rivers, we encounter many mothers and loved ones. The greatest, they are in my heart majestically, I shall never forgot them. Not all women give birth to a majesty. I’m talking too and dedicating Tare to her Majesty, my mother Sita Sessouma, my mother by the river Kalpana from Nepal, and to all you great women from all over the planet.
I specially dedicate this EP to all my students.